Covid Get It Off Your Chest

Last year I was invited to be an artist in residence with Suffolk libraries arts programme in March. Due to COVID-19 that did not happen. It IS happening next week 1st February 2021 ONLINE.

I feel that I cannot ignore the pandemic in my work, it has changed so many things in so many ways. It seems, to me, that women have taken the main strain of the effects of the virus, trying to keep the household together, home schooling and caring whilst trying, in many cases, to work from home or keep employment going. There appears to be inequality for women and younger people, for instance losing jobs, particularly in hospitality.

I have been thinking about some of the things that I have changed, especially as a woman, over the last few months. One thing, for me is I have finally cast off the underwire bra. From the beginning of lockdown, I wore loose clothing with no pressure to dress to go out of the house. In a period of restriction with less control in our lives what we wear and do not wear is one choice we can make. Rejecting the underwire bra, for me, is liberating and much more comfortable.

For the residency, I decided that I would focus on a community involvement project that would give people a chance to express their lockdown feelings through a creative, interactive online community. This would initially be towards showing participants results in a virtual art installation. The library arts programme is hoping that the installation can be shown later in the year in shop fronts in central Lowestoft and possibly other libraries in Suffolk.

During the week-long residency I shall be making my own embellished bras including my own stories in them, responding to others who are doing theirs and participating in virtual meetings held by the BLOC Lab. I will continue the online groups beyond this. I hope to organise small group workshops via Zoom so people can ‘meet’ and share. Read below for details of the project if you would like to participate.

How is lockdown for YOU?   Get it all off your chest… your frustrations, trauma, unexpected and joyous happenings and hide your secrets in an embellished bra.

I have been inspired to pay homage to my discarded bras by decorating them and hiding inside secret messages about some of my experiences of lockdown. Would you like to do something similar? Decorate them in whatever way you like, incorporating your stories inside, then share your photos on Facebook Covid Get It Off Your Chest | Facebook     OR felicity borwick (@covidgetitoffyourchest) • Instagram photos and videos   (or message me if you don’t use social media)  to inspire others.

Your words and creations will become part of a community artwork for an online and (hopefully) physical exhibition.

Be inspired, inspire others, and start conversations through our online community.

Everyone is welcome, no experience is needed, just let your imagination flow. 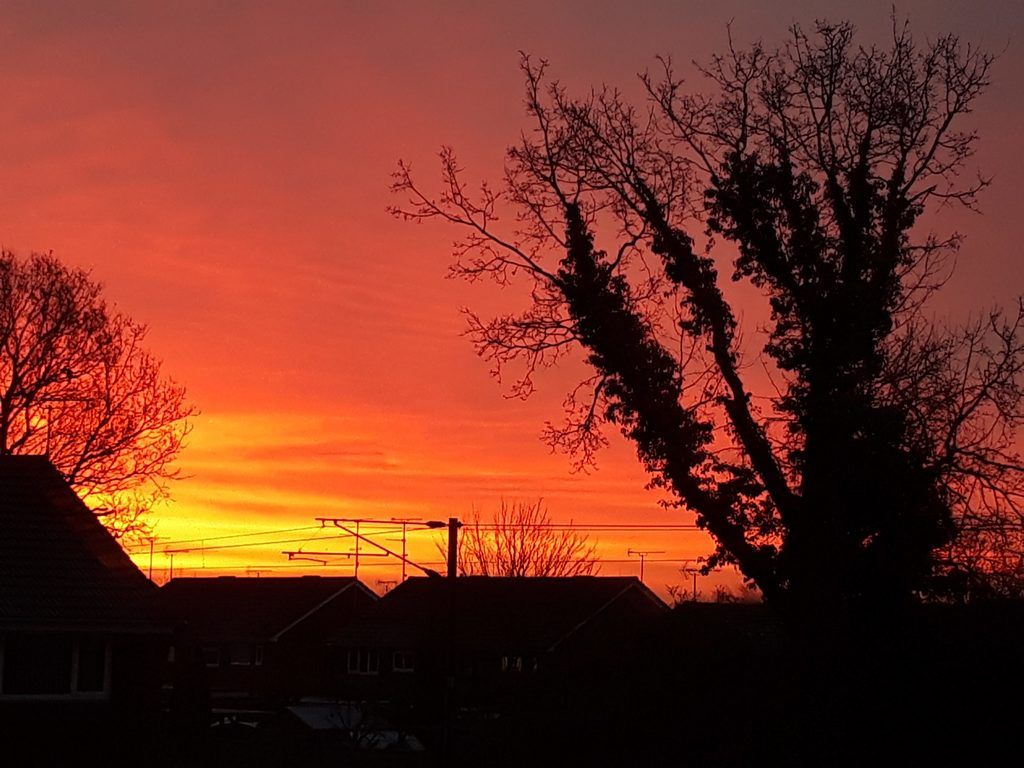 In these days when we are constantly being told to stay close to home, it is good to be reminded that sometimes you only have to look out of your window to be inspired. 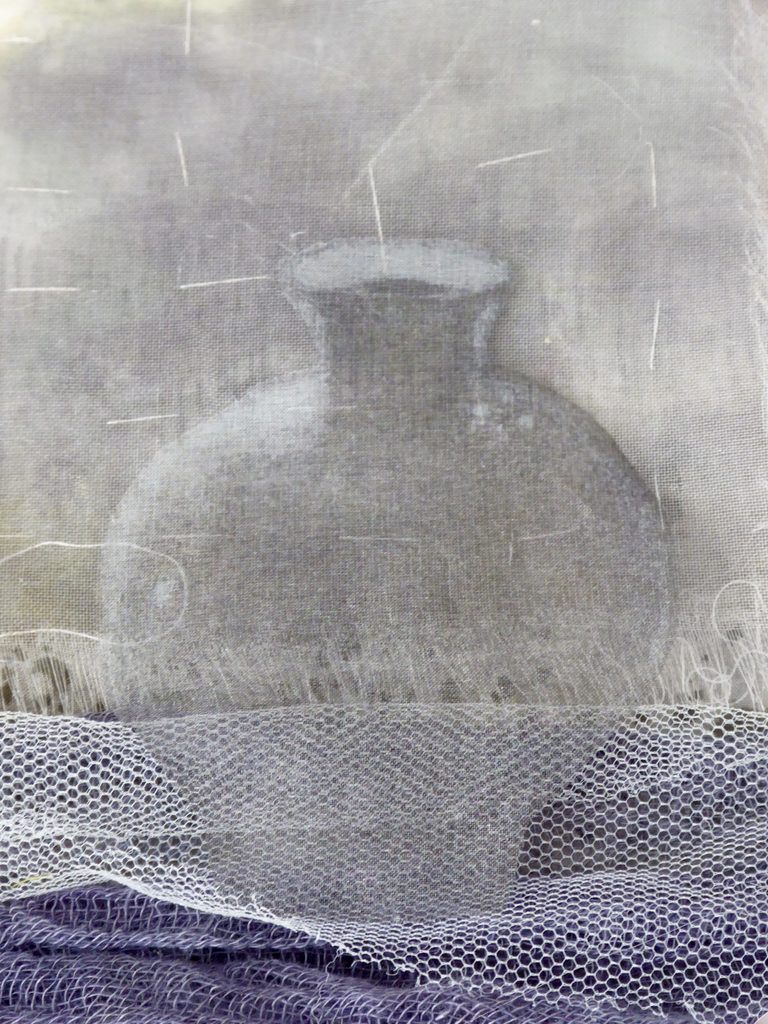 The light level has been exceptional these last couple of day which makes so much difference when deciding if colour is right and I can get on stitching.

With so much gloom about I thought I would embroidery some moss as the green shoots of recovery lift the spirit. 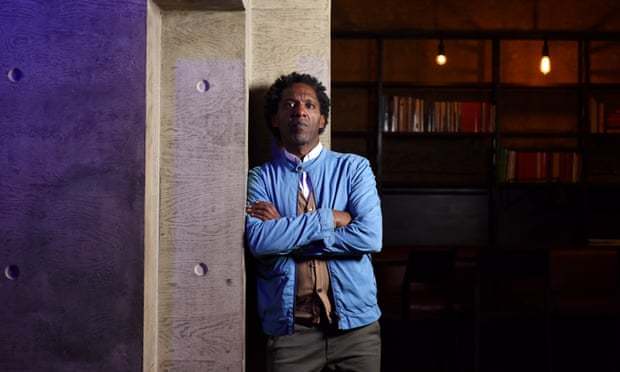 When I happened upon the Alan Yentob Imagine BBC One programme on writer Lemn Sissay some months ago, it piqued my interest as I remembered enjoying his poetry as an art and literature undergraduate about 20 or so years ago.

If there was ever one
Whom when you were sleeping
Would wipe your tears
When in dreams you were weeping;
Who would offer you time
When others demand;
Whose love lay more infinite
Than grains of sand.

If there was ever one
To whom you could cry;
Who would gather each tear
And blow it dry;
Who would offer help
On the mountains of time;
Who would stop to let each sunset
Soothe the jaded mind.

If there was ever one
To whom when you run
Will push back the clouds
So you are bathed in sun;
Who would open arms
If you would fall;
Who would show you everything
If you lost it all.

If there was ever one
Who when you achieve
Was there before the dream
And even then believed;
Who would clear the air
When it’s full of loss;
Who would count love
Before the cost.

If there was ever one
Who when you are cold
Will summon warm air
For your hands to hold;
Who would make peace
In pouring pain,
Make laughter fall
In falling rain.

If there was ever one
Who can offer you this and more;
Who in keyless rooms
Can open doors;
Who in open doors
Can see open fields
And in open fields
See harvests yield.

Then see only my face
In reflection of these tides
Through the clear water
Beyond the river side.
All I can send is love
In all that this is
A poem and a necklace
Of invisible kisses.

One of the things I find most striking about Lemn Sissay’s work is that having had a tough early life, there is a positivity that pervades it – in his own words: “I’m not defined by scars, but by the incredible ability to heal”.  This chimes with me particularly at the moment, as it’s a concept that informs my work for E.A.S.T’s 2021 exhibition, Transformation.

I recently read Sissay’s memoir, My Name is Why, published in 2019, which tells of his experiences as a black child growing up in the care system, firstly within a foster family and then a series of children’s homes in the 1970s and 80s.

Due to, in his words, “a near-lethal dose of racism delivered by The Institution” he didn’t know his mother until he was 21.  While studying in the UK, she later needed to return to Ethiopia, and decided to entrust her newly born baby Lemn to social services, intending to return from Ethiopia for him. However, her later efforts to be reunited with him were thwarted by the system.

Baby Lemn was renamed and placed with white foster parents where, after 12 years of his living with them as part of the family, and believing they were his adopted ‘forever’ family, he was rejected at the age of 12 by his foster parents.   He then went through the care system in a series of children’s homes until, reaching the age of 18, the system ejected him from its ‘care’, with his birth certificate that revealed to him for the first time his true name.

Many accounts of the care system during Sissay’s childhood bear witness to it being at times a hostile and bewildering place for many in it, and for a black child in 1970s Britain, there was the added element of that society’s endemic racism to cope with.  However, the oppressive system did not deter the teenage Lemn Sissay from writing poetry, and by the age of 21, he was becoming known as a publicly performing poet.  Unlike other contemporary poets of colour of the time emerging in the UK of the 1980s, such as Benjamin Zephaniah, Grace Nicholls and John Agard, Lemn Sissay’s Mancunian accent set his performances apart from many of those peers who had accents that expressed their heritage.

A popular choice of poem to be read at weddings, “Invisible Kisses” was written at the time of a relationship breakdown, and as Sissay mentions in his blog, its meaning has, and continues to, change for him over time: he also talks more recently about feelings around the hurt of a lack of family for him at an especially vulnerable time.

Determined not to be pigeon-holed or ‘packaged’ as a black, radical, angry poet focussing primarily on race and racism – issues about which Sissay is no stranger to in either life experience or his works – he has chosen to read “Invisible Kisses” at events such as the Pan African Congress Conference in a subversive act of breaking the popular perception of what a radical poet is.

I was drawn to this particular poem of Lemn Sissay’s as it speaks overtly of love, with the accompanying loss being present in the background – a theme I’m also exploring in my work on the theme of grief for Transformation.  I keep coming back to the “incredible ability to heal” – an inspiring thought …

You can hear Lemn Sissay read “Invisible Kisses” with a short discussion following by clicking on the link below: 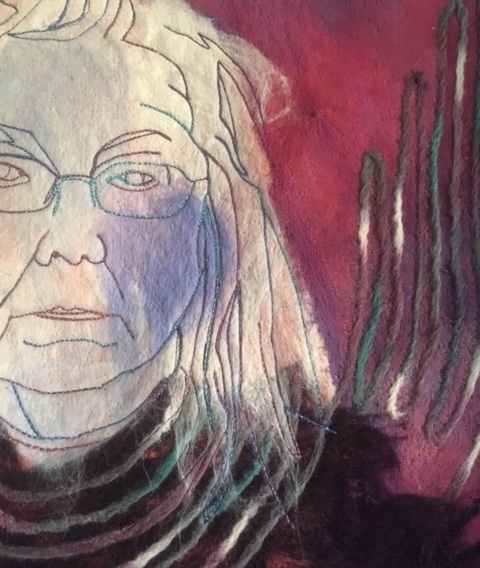 This is the piece of work I entered for the Knit and Stitch Portrait Competition, expressing my feelings about being in lock down. 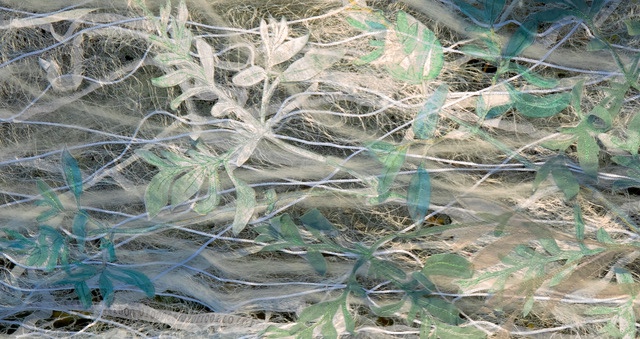 I am fascinated by intertidal zone plants, these delicate natural forms that grow in glorious overlapping profusion, their network of roots literally ‘meshing’ together our fragile coastline, reducing the destructive energy of the sea as it flows in and around them. I have found an analogy between these root networks and the ‘world wide web’ keeping us connected with our loved ones during lockdowns and have stitched printed binary code into weblike panels to symbolise these connections.

An Eco Leaf Print Journal for 2021

In the last few months I have been doing a lot of eco leaf printing and a book binding course, on line. Now they have both come together and I have a journal for the New Year.

The cover is watercolour paper with eco leaf prints and I have some pages with leaf prints.

I started writing in my journal in December in preparation for the New Year. 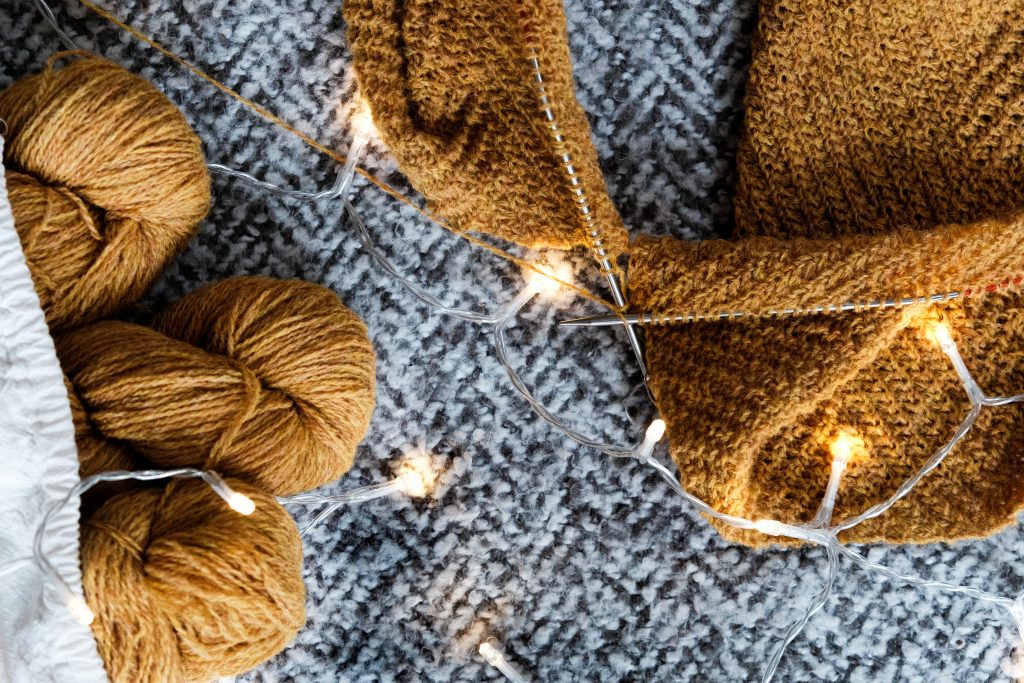 If you have been following our E.A.S.T blog over the last few years you will be in a good place to try this simple quiz. All the answers can be found in the blog pages but as it is multiple choice you might just want to have a guess. No prizes – just for fun. 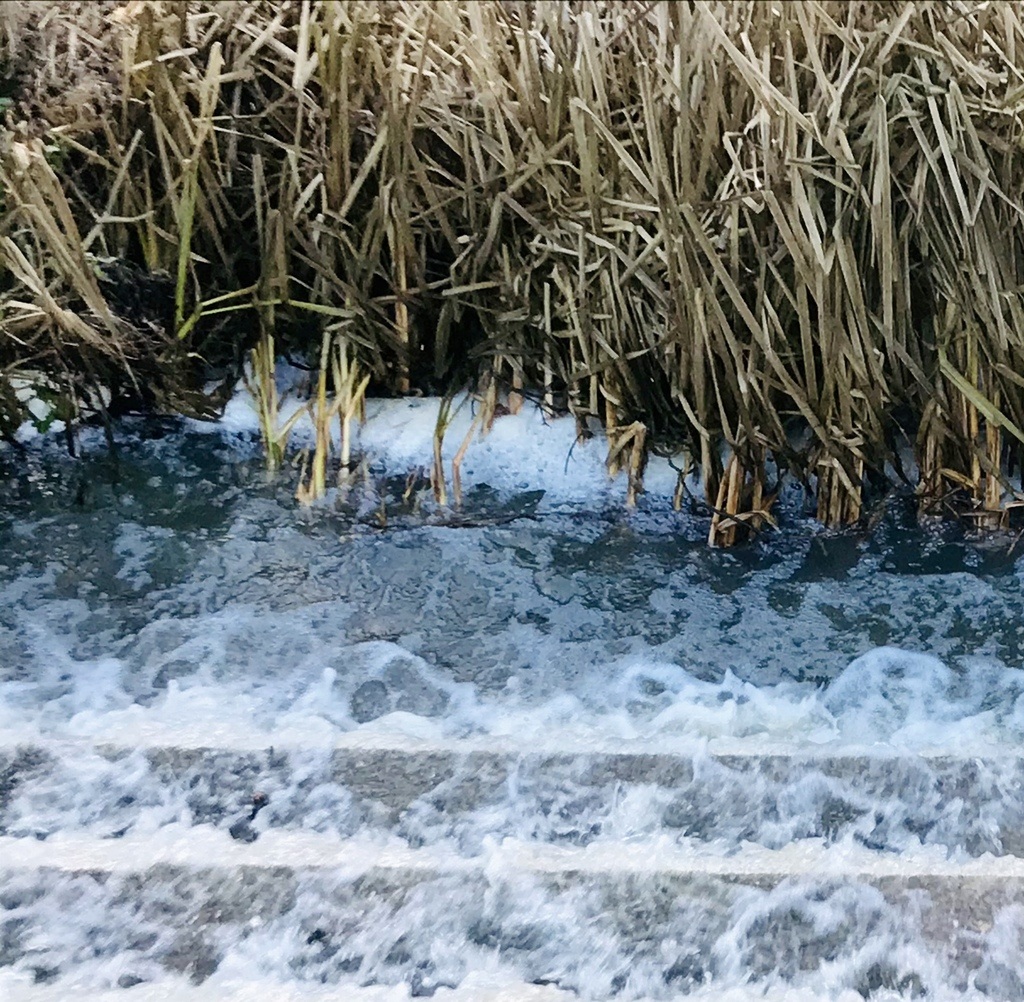 Recently took this photograph while out walking – I love the lacy effect of the trees and the white tree on the left of the picture. It was after the day we had heavy rain and I could hear the sound of water rushing from the lake down the steps and into the reeds.