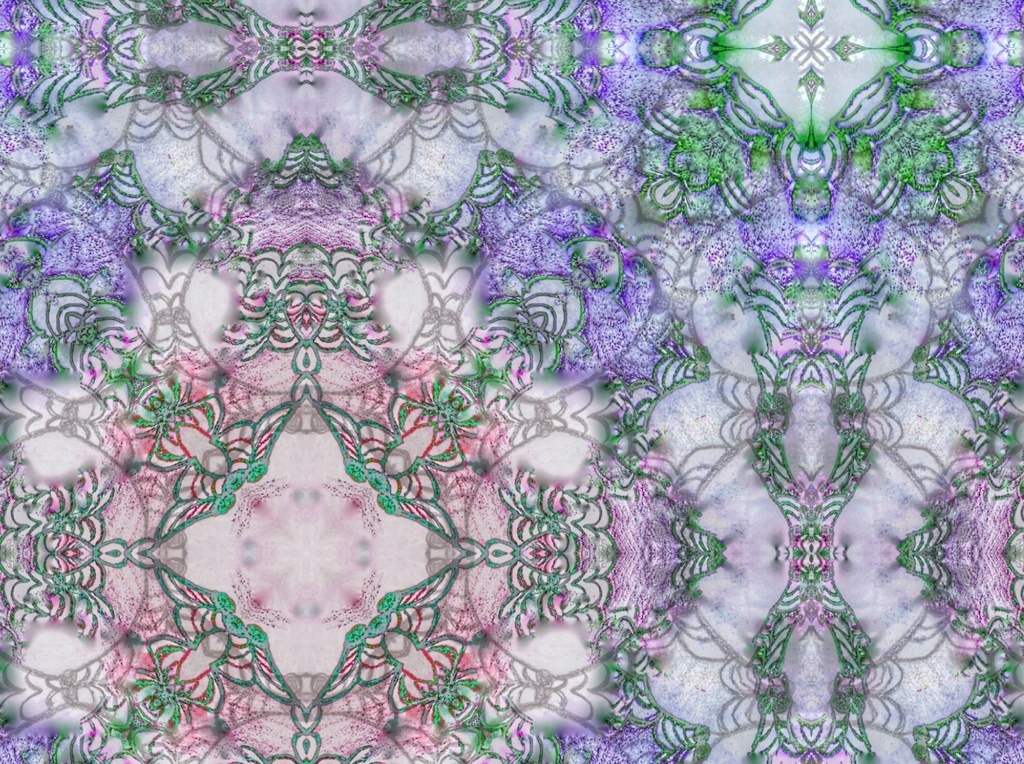 A couple of weeks ago EAST members met for our regular February day and Margaret led us through a small design activity.

As part of the preparation Margaret had asked us to bring a tracing from something in our current work. When we began I realised that my tracing, left, was far too complicated so I settled on using only the central section.

Armed with a piece of layout paper, which Margaret gave us, I proceeded to repeat this smaller design several times, adding extra lines were I thought appropriate.

The following day I scanned the result into the computer and took it into the KaleidaCam App which we’d used at the recent workshop David Morrish had led.

I quite liked this but decided that the Snapseed App might be even more versatile so with that I created the following designs:

The colours appeared by magic just by changing the brightness and saturation etc.

I then took the fourth design back into KaleidaCam to make the next two images.

I printed all the results and added them to an A3 board for my new sketch/workboard folder.

Thank you Margaret for a good day.

Previous Post Surfaces Revisited Finale Next Post A visit to the Worshipful Company of Broderers “The Art of Embroidery” exhibition at Bankside gallery, London