A quarter of a century – and then some 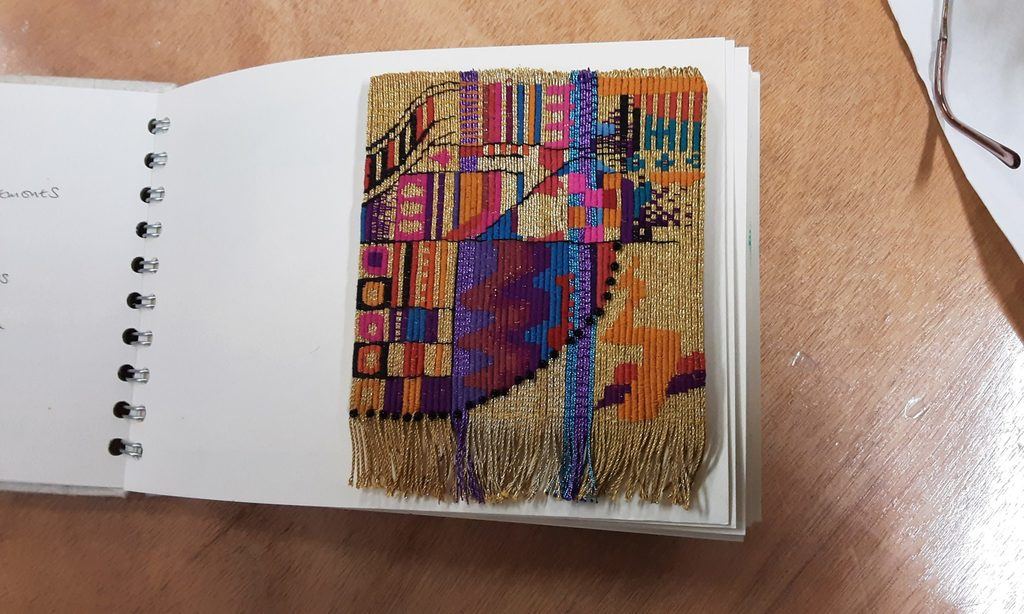 In 1995, EAST was born and in 2020 we panned to celebrate our 25th anniversary. Of course we all know what happened in 2020! So it may be a year on but we did recently celebrate, albeit a year late and in perhaps a little more subdued fashion that we might have done if life had returned to a bit more pre-covid conditions.

The group was the idea of Carol Dixon, who although no longer an active member, joined us for the day – along with a some other ex-EASTies. As a special tribute current and past members created a postcard sized piece of work which was put together in a gift book (thanks to Susan) and presented to Carol on the day. Anthea Godfrey, who has always been the group’s mentor, contributed a stunning piece of or nue work – a technique that dates back to at least the medieval period but here done in a contemporary style.

Earlier in the year myself and Susan had in fact been asked to talk about the group and its activities to the Billericay branch of the Essex Handicrafts Association (EHA) and it gave us a chance to reflect on the groups many activities, including its regular exhibitions: