More from the K&S Show 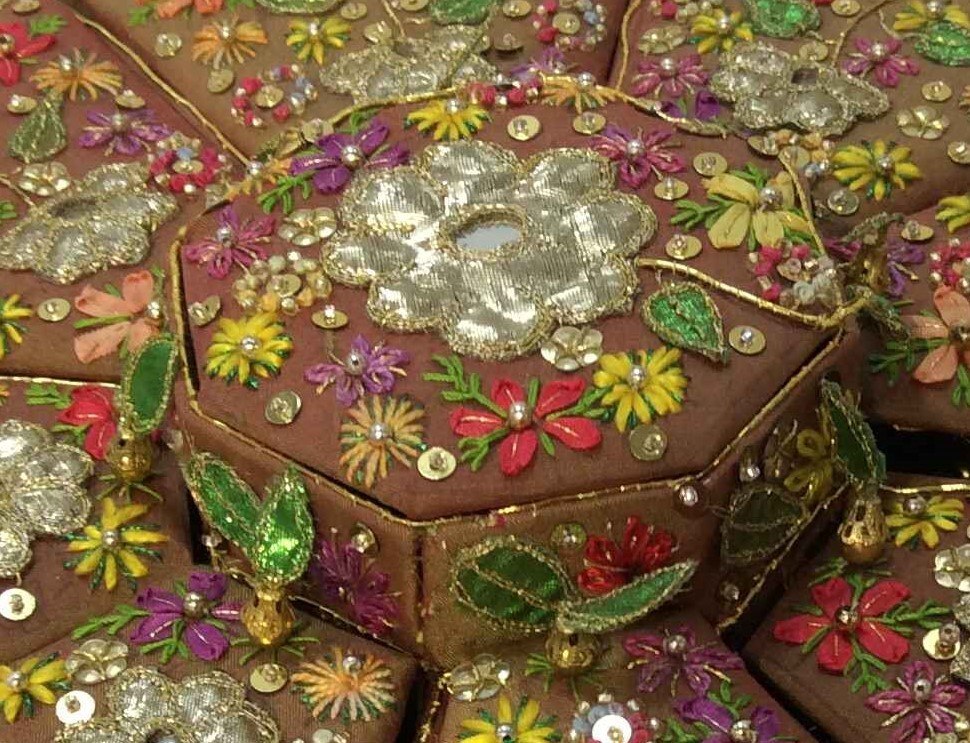 This week I thought I’d focus on a particular exhibit on the Embroiderers’ Guild stand, Exquisite Containers.

This was the title given to the members of the Guild as a starting point for those wishing to take part in the Members Challenge.  As well as the main prize, the Constance Howard Cup, there are several other categories which members are invited to enter: best hand stitching, best machine stitching, best composition, award for drama and creativity etc.  The piece which captured my imagination won the award for innovation.

Presented on a “Lazy Susan” and called Octavian Etui Multiplex, this exquisite container was made by Pauline Spence and on first sight  appears to be a rather splendid octagonal container until……..

… you take hold, very carefully, of one of the tiny leaves near the centre and lift a lid to reveal a further set of miniature objects: a thimble case, a book, and many more mini containers.

Then you realise that the central octagon can also be opened to show a small embroidery hoop containing a piece of fabric with some pencilled flowers worked in yellow stitching.

Even the backs of the lids are embroidered with daisy-like flowers and once all the eight lids are open, you can see the exquisite contents.

It is simply AMAZING.