Behind the Doors of One of Cambridge’s Best Kept Secrets! 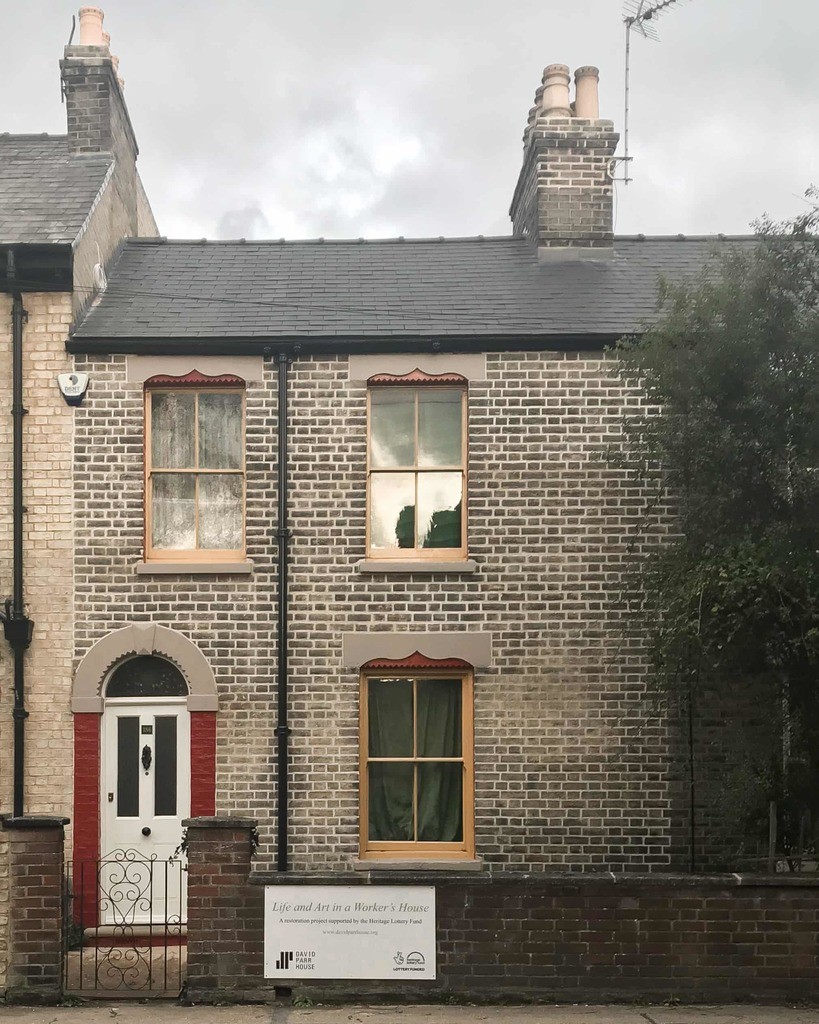 Yesterday I was very excited to get to see behind the front doors of a wonderful home in Cambridge. I had tried to book to see the David Parr house in Gwydir Street in April 2019 when I first heard about it. Eventually the day arrived, it was certainly worth the wait. A small house with a big story…

Knocking on the door of the house next door we were welcomed into the stylish Visitor Centre, our bags safely locked away and shown through to an area at the back to hear a very informative introduction to why and what we would see in the adjoining house. Tamsin Wimhurst, a social historian, first discovered the jewel of 186, Gwydir Street in 2009 when a neighbour suggested she knocked on the door. This was 82 years after David Parr had died and she ‘uncovered’ the secret that we are able to see today. Parr, working for about 40 years at night, by candlelight, had painstakingly decorated the walls and ceilings of his own two-bedroomed terrace home with magnificent William Morris designs. He single-handedly filled his home with exquisite Victorian artistry and superior craftsmanship.

Tamsin Wimhurst and her husband were able to purchase the house from Elsie Palmer, who inherited it from her grandparents and where she lived until one year before her death in 2014, at the age of 97. She changed little in the house, preserving not only her grandfather’s impressive hand-painted artwork, wall tiles, Edwardian lino, handmade furniture, and decorative glass windows but also the ancient coal-burning stove built into the kitchen fireplace and the Victorian quotes about death written on the walls incorporated with the intricate patterns. A trust was formed, a grant was obtained, and a large restoration and conservation project began which took two years to complete.

After our introduction in the visitors centre we were taken outside, and the guide talked about the front of the house before entering the world of David Parr and his descendants.  With only six visitors allowed on each tour one felt very privileged to be stepping inside such a precious space.  Each space was filled with pattern, paint techniques and possessions that all have a story to tell. Many things are not known about the house and the family. Tamsin was unaware of the connections with William Morris until after she had bought the house when she just “knew” that she had to save the house and open it to the public. A limited number of visitors will be allowed inside the house each year to help maintain and conserve the décor.

“Morris was a socialist who died a failure, feeling that he hadn’t been able to bring beautiful objects into the working-class home”. In Wimhurst’s opinion, Parr has realised Morris’s dream: “This house shows that, by skilling people like Parr and educating them in the widest sense – not just in the mind but also in their hands – everyone could actually have beauty in their home.”

The David Parr Trust decided to conserve Elsie Palmer’s possessions and furniture as well as the 19th-century work of her grandfather. “Elsie’s layer makes it feel like a home, rather than a staged house,” said Wimhurst. “It gets you as a visitor closer to the people who have actually lived here.” The trust continues putting fresh flowers on the table in the front room window and offering windfalls from the apple trees in the garden for passers-by to help themselves, as Elsie always did.

After a walk through the renovated garden we went back into the visitors centre and were shown a collection of carefully displayed objects that had been rescued from F.R. Leach, just before the company building was demolished. F.R. Leach took David Parr on as a four-year long apprentice that became the making of the Cambridge semi-orphaned young lad.

The trust has organised the whole tour very sensitively, one doesn’t feel rushed and the volunteer guides give the visitor lots of information. Visiting the home is such a special and inspiring experience and one I feel incredibly fortunate to have been able to do.