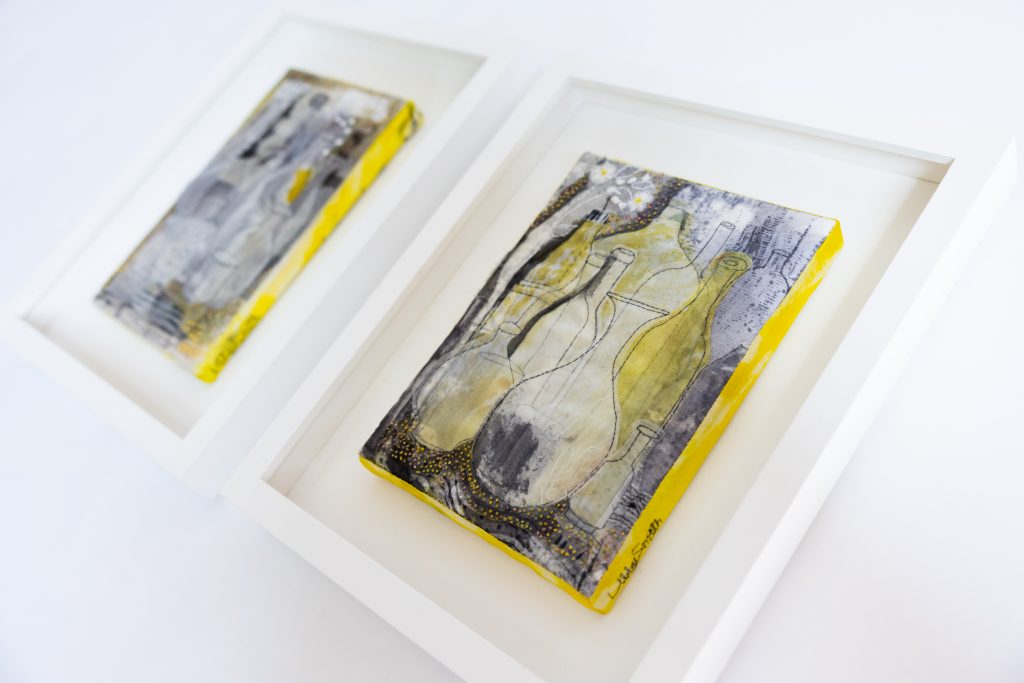 The Research behind the work

This week we feature the sketchbook behind the work of Libby Smith.

“The artist who has inspired me the most in my current work is Giorgio Morandi (1890 – 1964) who was an Italian painter and printmaker specializing in still life. His paintings are noted for depicting simple everyday objects in subtle tones.  His work grew out of arranging and rearranging objects and observing them in a very specific way.  In doing this he also created images that convey a dual reality, such as family groups, gatherings, a street or collection of buildings.

I found that by looking at the work of Morandi it illustrated to me how simplicity in an image is important.  Simplicity is an important element of composition – it doesn’t mean the image is simple but that it conveys its meaning clearly.  And this helps a lot when translating an image into the medium of textiles.

I began this work just before the start of the pandemic and found that this became the “dual reality”  of my final images resulting in five pieces entitled “Inside Out”, “Isolation”, “Social Distancing” and “Gatherings I” and “Gatherings II”.

These are some of the drawings and exercises I did to “find” the objects I wanted to use in my work.”

I started by collecting objects from around the house and photographing them – the ones here reminded me of family groups.

I tried to draw as often as I could and kept to a simple palette of colour.

I looked at composition.

I traced, cut out and overlaid the objects on different backgrounds.

A lot of the shapes I cut out I had collected in a pile and I realised I had a composition for another piece of work.

Once I have the design I then look at colour and how it relates to contrast, emphasis, balance and simplicity.  This piece is called “Gatherings I” and is one of a pair.