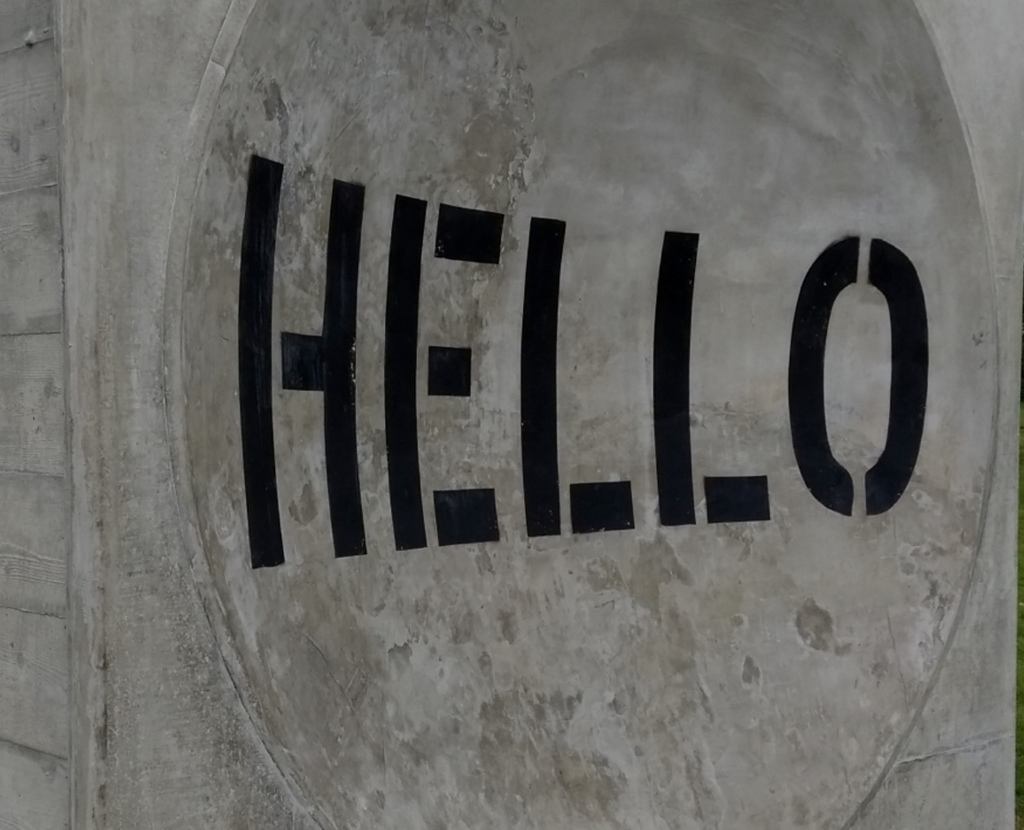 Hello – by Katrina Palmer – is part of Estuary 2021 which has artworks stretching 107 miles of the Thames Estuary Coastline. It is located on East Beach at Shoeburyness close to the M.O.D. site.  It is a large concrete form based on a sound mirror.

Between the World Wars, before the invention of RADAR, parabolic sound mirrors were used experimentally as early-warning devices by military air defence forces to detect incoming enemy aircraft by listening for the sound of their engines.