The sound of stitching and creativity 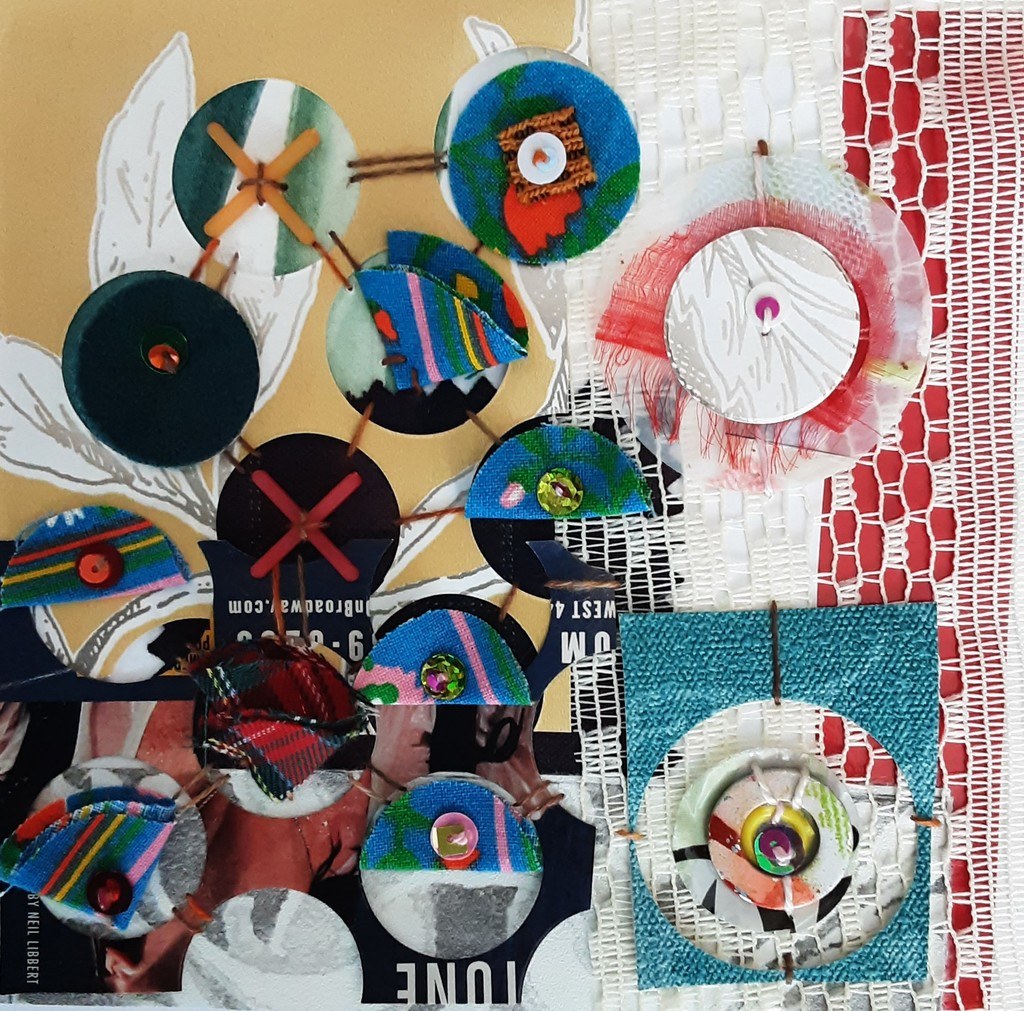 If like me, you enjoy hand stitching, there may be times when you listen to your favourite radio programme or perhaps you have a favourite podcast. Since the pandemic there seems to have been an increase in people starting their own podcasts which means the range of topics have been increasing and that includes podcasts on embroidery, and other textile subjects. I thought then I would have a look to see what was out there to share. I have not listened to all of those mentioned, though I have tried to sample at least a part of an episode and some of them are not specifically podcasts about textiles but have an episode on the theme, which is related to a broader subject. Also, while I have included links to each one, you may prefer to go to your usual podcast supplier (Spotify, Apple, etc) to locate them from there. Many of the podcasters also have a presence on other social media such as Instagram.

It would be interesting to hear from others on their opinions of any of these, and if there are any other podcasts worth investigating. Just add a comment in the box below the post.

Stitchery Stories. Many stitchers in the UK will have heard of Stitchery Stories. It is a weekly podcast by Susan Weeks in the form of light-hearted chats. Susan’s conversations cover a range of embroidery styles, textile subjects and more general thoughts about the lives of those involved with fabric and thread. The link will take you through to the Stitchery Stories website where you can find images of works discussed and other associated links. This is probably the longest running of all the podcasts mentioned here, having begun in 2017 and still continuing.

The Embroidery Podcast is a conversation between two professional embroiderers Marg Dier and Masako Newton, chatting about all things embroidery related. Marg and Masako were both trained by the Royal School of Needlework and now teach. The first episode is a discussion with artist Annalee Levin and her Captured Carbon Project which uses stitch to explore ideas about climate change. In the third episode the hosts discuss embroidery tools – from the common needle and thimble to the more unusual such as the mellor. This is a very new podcast which only started in January 2021 so there are only four episodes currently to catch up on. Available in English, with additional Japanese versions for those conversant with that language.

Izzy and Gina in Stitches. Isobel Moore and Gina Ferrari, in an informal conversation about life in general, and art and embroidery in particular. Again fairly new having only started at the end of last year and currently 11 episodes to catch up on. (As a disclaimer, I do know Gina, though I have no connection with the production of the podcast.)

If like me you like to combine history and textiles, then you might also be interested in these more specialist historical podcasts, some of which are produced by academics. I have tried to give a flavour of those episodes related to textiles.

Sew What is a weekly podcast looking at historical needlework. It began in May 2020 and there are currently 40+ episodes (at the time of writing). Hosted and produced by Isobella Rosner, an art historian, currently studying a PhD at Kings College London. She is also the social media manager for Witney Antiques. Located in Witney, Oxfordshire, the shop specialises in furniture but also early needlework and samplers many of which can be seen on their website. Witney Antiques used to host an annual exhibition of historic needlework and their beautifully produced catalogues (available on their website) are well worth investing in. I know, I have several.

Bread and Thread is a podcast about food and domestic history by two grad/crafter friends who met when studying archaeology.  There are currently episodes on Tyrian purple, Therese de Dillmont’s Encyclopedia of Needlework, arsenic dyes, the Cotton Famine, knitting in prison, embroidery samplers, heritage sheep, and Shetland lace. There are many others on subjects such as tea, chocolate, wine, trifle, tin openers and much more.

Coping in Confinement. Another very new podcast which focuses on the history of women in confinement – prison, asylum or any other institution.  Being confined to a single location is perhaps a subject which we can all understand a bit better now. Episode one relates to those women who used stitch or stitching as a symbol of power and protest, or comfort and control.  We hear about the stitching of Mary Queen of Scots and that of Lorina Bulwer whose colourful sampler might be described as a personal protest. Gressenhall Farm and Workhouse Museum have produced a really fascinating resource pack about the life of Lorina that also considers the benefits of stitch with regard to mental health. There is also an activity pack for children (ages 7-14).

And finally a couple of blogs that are more specifically about other creative activities which include textile subjects:

Material Matters – I have not had a chance to listen to this yet, but it looks fascinating. Hosted by writer and critic Grant Gibson he talks to designers, artists and makers about materials and techniques.  Episodes I picked out as the first I would listen to include Yinka Ilori on colour and narrative, Steve Barron on hemp, Sarah Corbett on stitching and activism, Esna Su on the refugee crisis and creating contemporary art from traditional Turkish craft, Freddie Robins on knitting, Blackhorse Lane Ateliers’ Han Ates on denim, Mourne Textiles’s Mario Sierra on hand-weaving, and Celia Pym on darning. The episode with Sarah Corbett may be of particular interest to those who enjoyed Felicity’s recent EAST blog post on craftivism. Catch up with breathing space here if you missed it.

Critical Craft Forum – As the name suggests this is podcast created by the Critical Craft Forum, a group set up to begin conversations on critical concerns in relation to craft. The podcast seems to have stopped at four episodes and dates from 2017. It is not even clear if the group continued beyond 2020 – perhaps they have moved elsewhere.  However I felt episode two looked interesting where Aram Han Sifuentes explores the experience of being a first generation immigrant to the US through the use of needle and thread.

And if you were wondering what the relevance is of the image at the top of the page – well it is the most recent piece of hand stitching that I have produced. Chelmsford Embroiderers’ Guild presented the group with an online workshop with the lovely and talented Jessica Grady. Jessica is a past Embroiders’ Guild Scholar (2018) and a member of Art Textiles Made in Britain. Instead of listening to a podcast, I stitched while listening to friends asking questions and discussing ideas. Because we were stitching through card and paper you could also very clearly hear the sound of creativity. Jessica’s ideas about upcycling and reducing waste are worth a separate blog of their own – so watch this space.