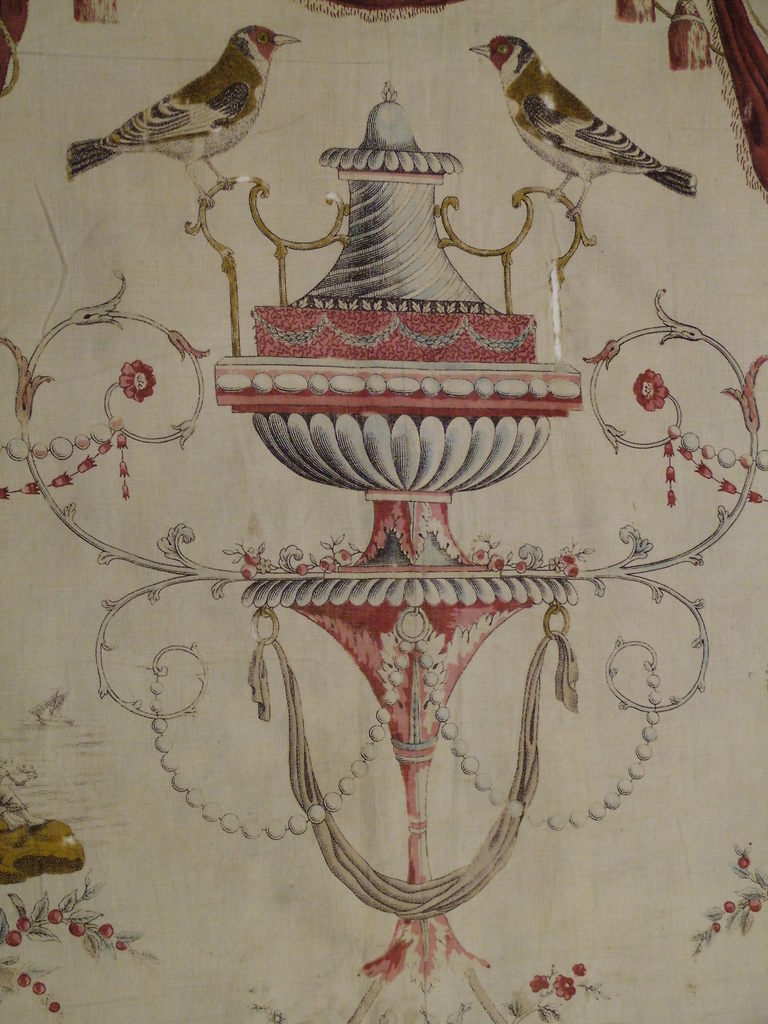 Fifteen years ago I was able to travel to The Gambia and visit St James Island as it was then called. In the current political circumstances it seems the right time to show the quilts I made after the trip, As I would like to show support for the memory of all those who were enslaved and those who still are.

Visiting the Island, now called Kunta Kinte Island, was very moving, as it was the place where the Gambian people were kept before they were taken in Slave ships to the UK and then America. As I stood on the beach I found a very small bead, perhaps fallen from the necklace of one of the people, their necklaces were torn off them when they left.

A little history: The Island was captured by the English is 1664 and used then until the abolition of the Slave Trade in 1807. It is now called Kunta Kinte, after a character described in Alex Haley‘s book and TV series Roots, The book states that Kunta Kinte was among 98 slaves that the slave ship Lord Ligonier brought to Annapolis, Maryland in 1767.

I printed the fabric using ‘Break down screen printing’ with brick like shapes applied to the background to represent the ruins of the buildings where the people were kept. There are scraps of fabric sewn on to the Quilts to represent clothing left behind as the ships left. 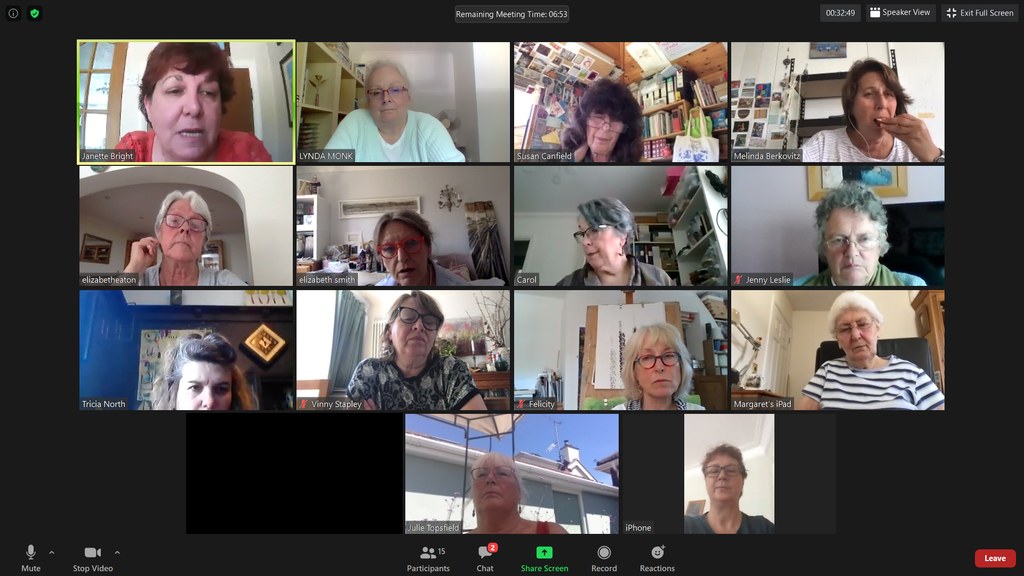 Our group meets once a month and because we haven’t been able to gather in person yesterday. Saturday 13th June, we held our second Zoom meeting.

This is a fantastic way of catching up with what is happening in each other’s lives creatively and personally.

I think too, it has brought us closer together as a group.

In our usual meeting place the interaction, apart from the monthly business meeting,  is more often than not on a one to one basis. With Zoom everyone gets involved in the conversations. Members talk and members listen.

The response when you ask for advice about any aspect of your work is extremely helpful and is guaranteed to give you more ideas. I always feel motivated and inspired after each meeting.

Imagine how isolated we would all have felt if this pandemic had happened a few years ago before we all become more technology savvy?

Hopefully we will still make use of platforms such as Zoom once we return to ‘normal’.