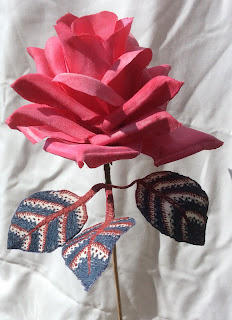 A rose which I’ve made as part of my Following A Thread exhibit.
Previous Post Drawing for Textiles Next Post